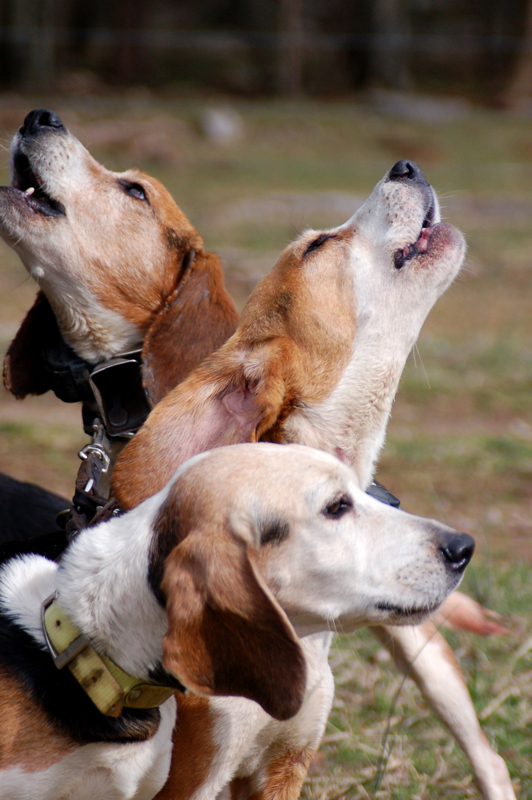 I am continually impressed by my beagles’ drive and desire to hunt and track rabbits in the thickest of briars.  Their job is a tough one, but they do not hesitate to enter the nastiest briar patches, thickets, and brush piles where rabbits like to hide.  It is what they were born and bred to do….and they love it!  Often the brushpiles or blackberry patches are so thick, I hear their muffled voices strike the scent of the rabbit as they crawl through tightest of spots.

Once the rabbit is up and running their work has just begun.  Their job is to pursue the rabbit and not lose the track.  They drive the rabbit until the chase is ended by the hunter’s gun or the rabbit is forced to take refuge due to exhaustion or fear of being caught.  Sometimes the chase is short and other times it can last well over an hour.

They pursue the rabbit with all that is within them.  To say they have a total disregard for their own bodies would be a understatment.  They take a beating from the rough terrain, sharp briars, rocks and barbed wire fences.  All rabbit dogs have scars.  It is not uncommon after a hunt for me to have to doctor up several of the dogs.

Drive, Jack, Fancy and Maggie eager to start the hunt. 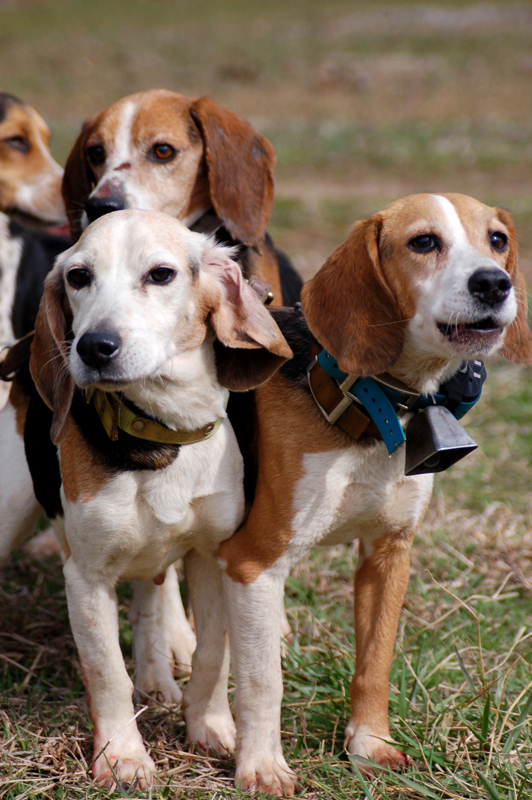 Here are a couple of pictures of Jack after a long day in the briars.  As you can tell he is exhausted, battered and spent.  Jack exemplifies what I’ve heard athletic coaches say many times, “leave nothing on the field!”  Jack, along with his pack mates demonstrate “true grit” every time the tailgate drops. 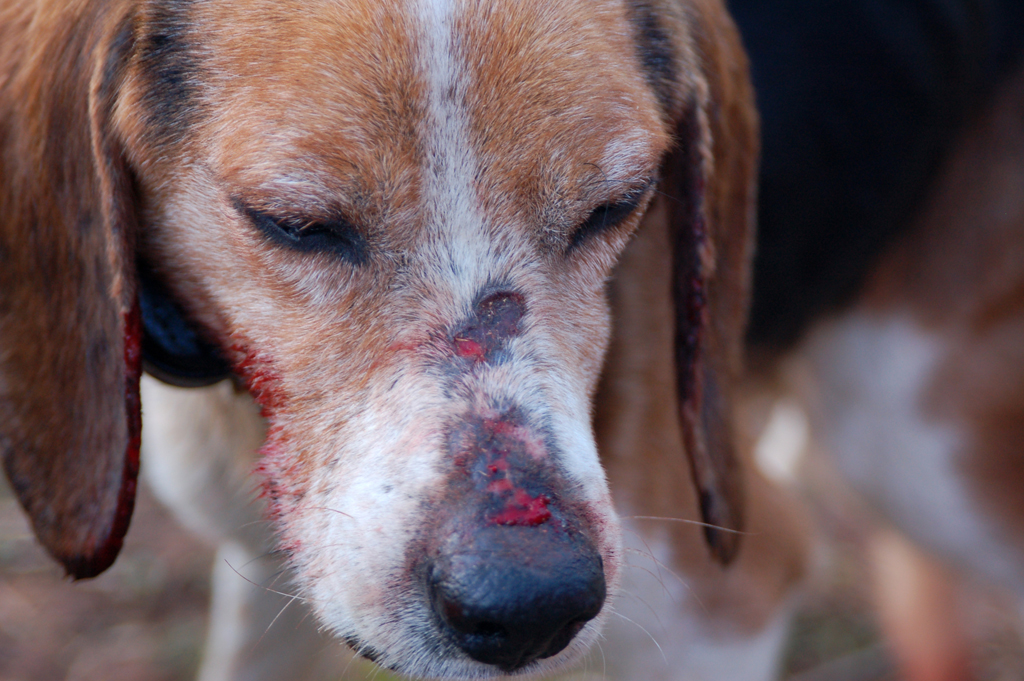 Maggie, the oldest and most experienced dog in the pack, does not show any signs of slowing down at eight years old. 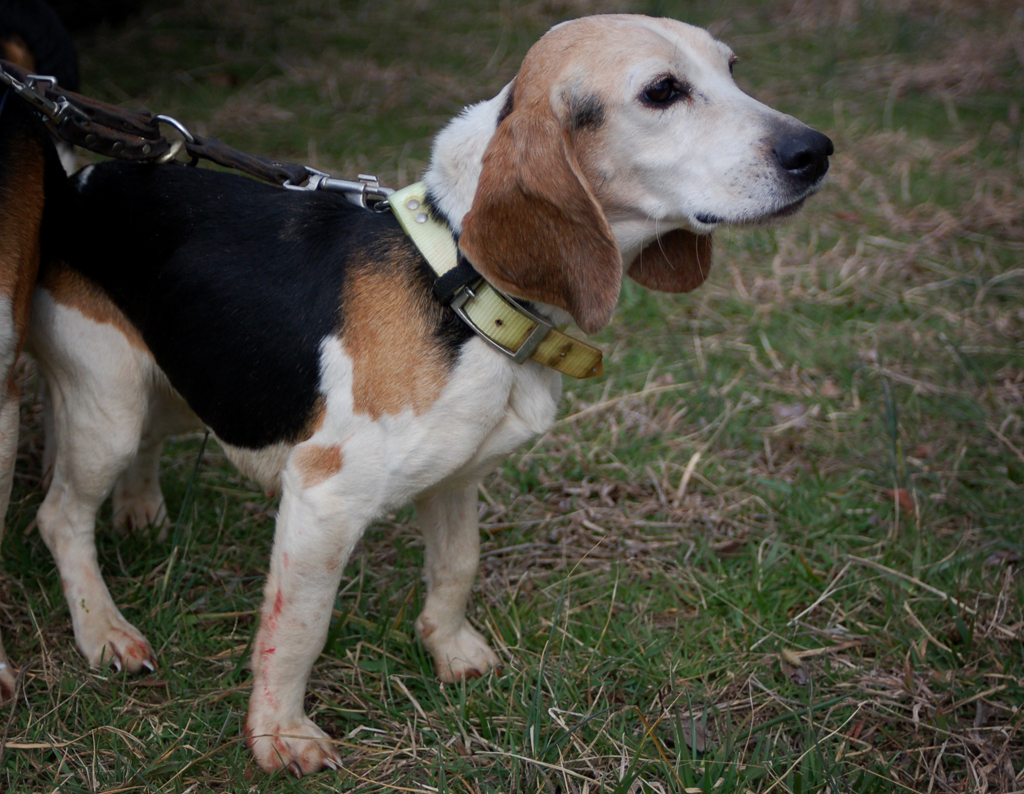 Having bred, raised and trained beagles for about fourteen years, I am convinced this kind of drive and desire is not something that can be taught.  Rather, it is the result of careful breeding.  There are many factors I consider when planning a future breeding, but the at the top of the list is the goal of producing pups with true grit!