Posted February 2, 2013 by Our Southern Roots 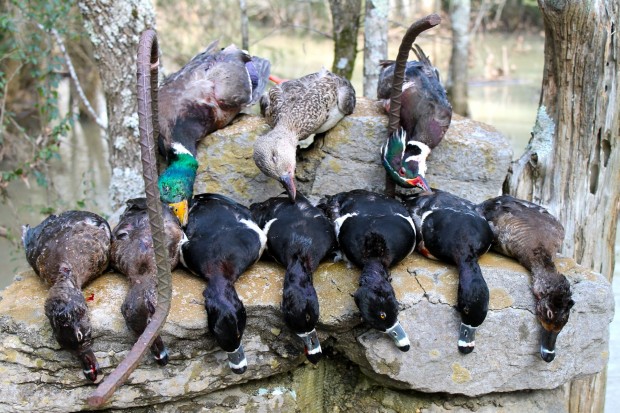 It’s a treat to have another post by Tyler Hand this week.  Read more from Tyler here and here.

The 2012-2013 duck season ended this past weekend, but for some waterfowlers their season stopped weeks ago due to the “late season grind”.  It does not matter what part of the country you reside in, the latter half of duck season is quite different from the beginning.  Birds have seen and heard it all since they began their migration and so they are difficult to call in and are wary of decoys.

If you hope to be successful with late season ducks, here are a few things to do.

1. Less is more.
Yesterday at our big water blind, there was a nearby blind blowing hail calls at every duck in the area.  That is absolutely what NOT to do.  This late in the season, ducks are call and decoy shy.  We remove all motorized decoys ie. Mojo’s and pulsating butt feeders, and resort solely on jerk strings for water motion.  We also use smaller, species specific decoy spreads.  As for calling, when the ducks are looking or coming to check us out, we leave our call hanging silent on the lanyard.  If they are working us, we do not call.  Only when it looks like the ducks are heading out do we hit them with a few quacks or a greeting call.  Once they turn to come back, the calls stop.  There is no need to do feed chuckles and single quacks to fill the empty void.  Less is more here.

2. Watch the weather.
I know that’s what everyone says to do from opening day on, but it holds true through the whole season.  Usually this late in the season, most of the ducks have arrived on their wintering grounds and are there to stay, but a good arctic blast can still give you a push of “new” birds.

3. Hunt off the beaten path.
By now, most high traffic public hunting areas are so shot out that being successful is more about luck and less about skill.  The end of the season is when I switch tactics and go for places that I have let sit all season without pressure.  When you do this, birds that are call and decoy shy actually act normal, “work the spread,” and are very call responsive. 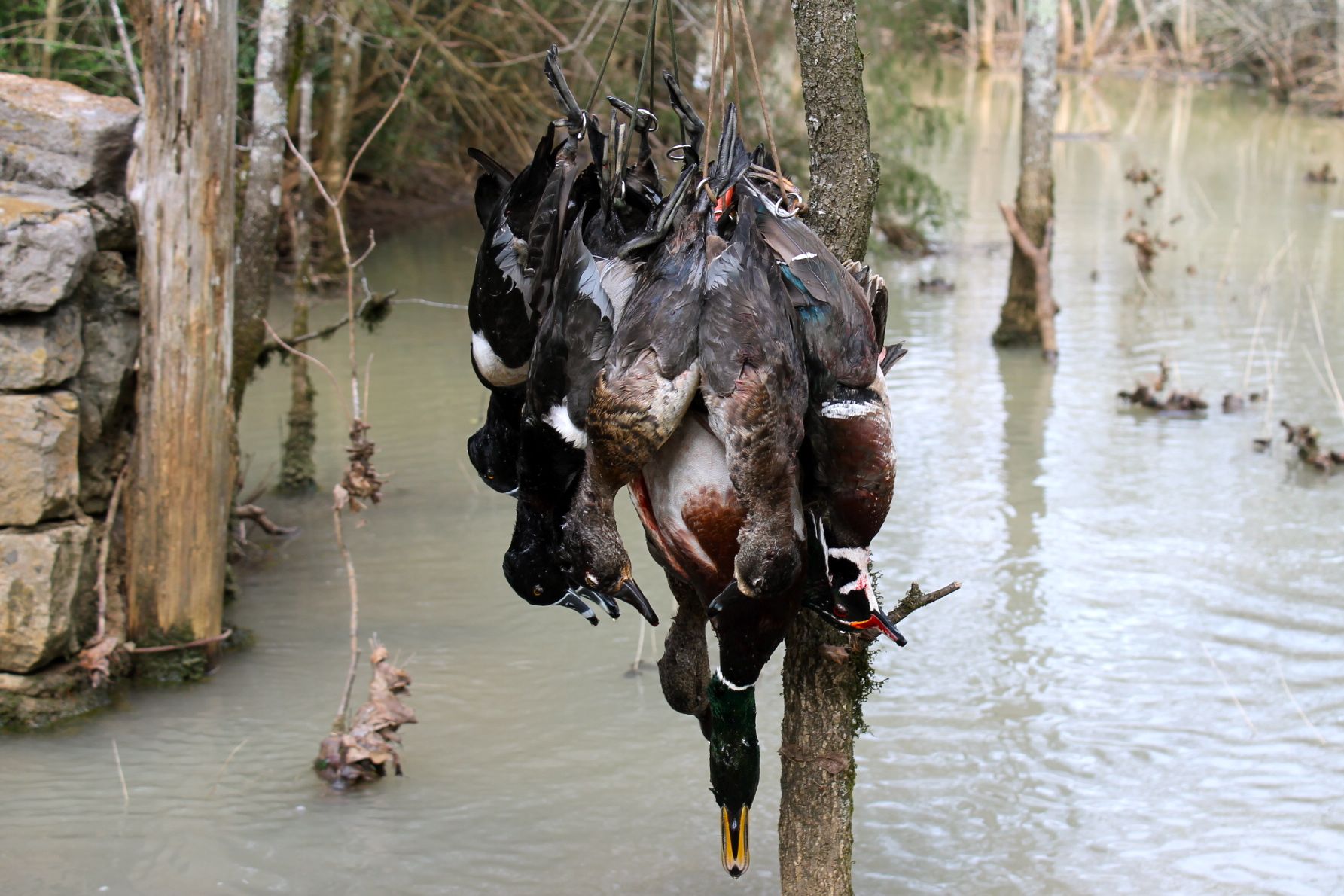 This is how we use the three points stated above to have successful hunts the last few days of the season.  We have a couple local spots that have not really been hunted all season, mainly because they did not have enough birds using them.  Then we had an arctic blast come through, and I noticed a lot of ringnecks showing up for the first time this winter.  The holes also had a few buffleheads, mallards, gadwalls and wood ducks using them as well.  We hunted the next morning, after seeing the new ducks, using a small diver spread of six decoys to the left of our setup, and an eight decoy gadwall spread to the right side.  We also had one pair of mallards 20 yards outside of the gadwalls.  Both small spreads had jerk strings.  We enjoyed a great hunt with ringnecks buzzing by and committing in with ease, wood ducks landing in the spread, gadwalls working nicely and cupping up, and mallards appearing out of nowhere with landing gear down, coming in hard!

I know late season ducks can be a challenge, but there is no need to hang up your lanyard and waders early.  There is still good duck hunting to be had at the end of the season, it just takes a different mindset and approach. 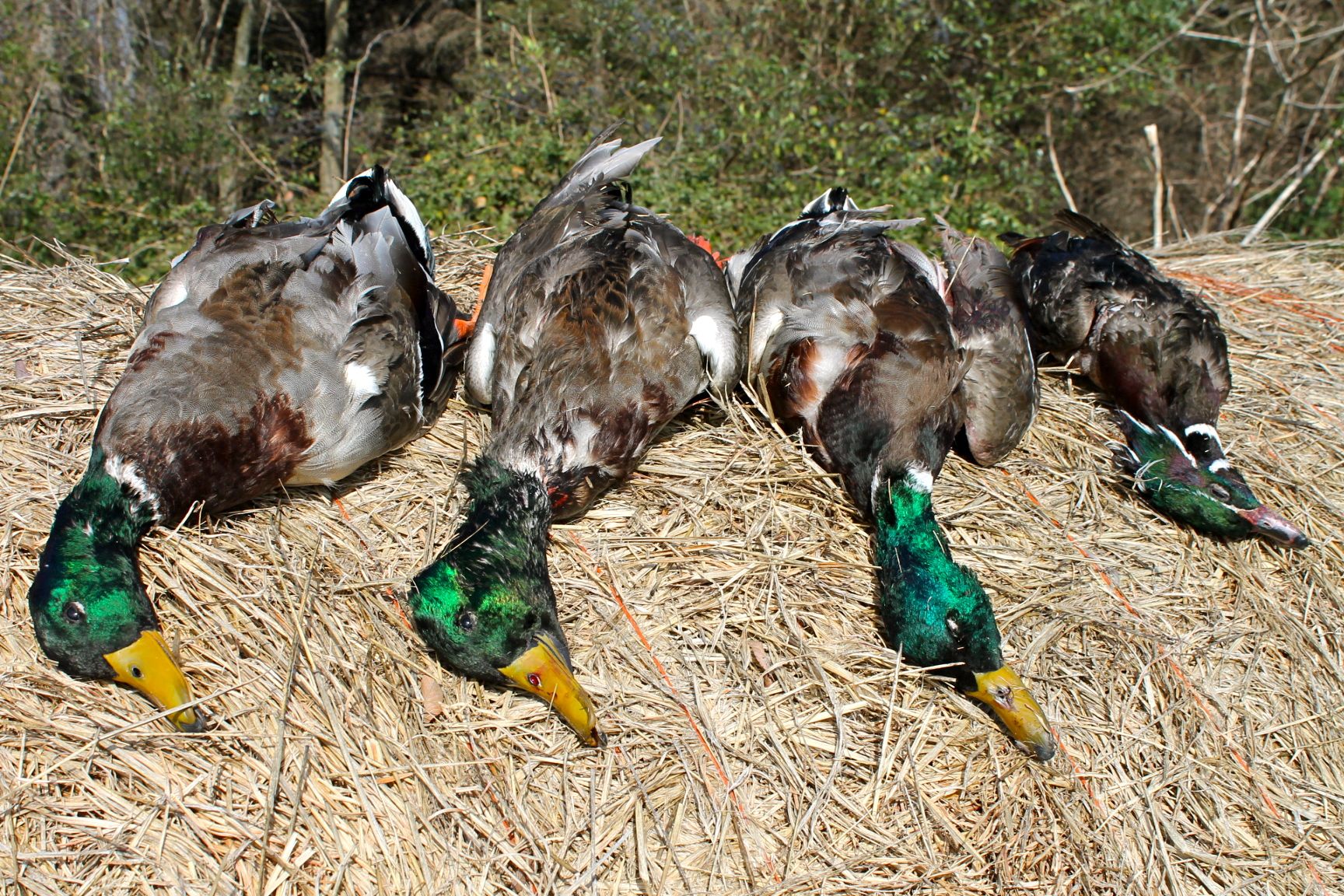 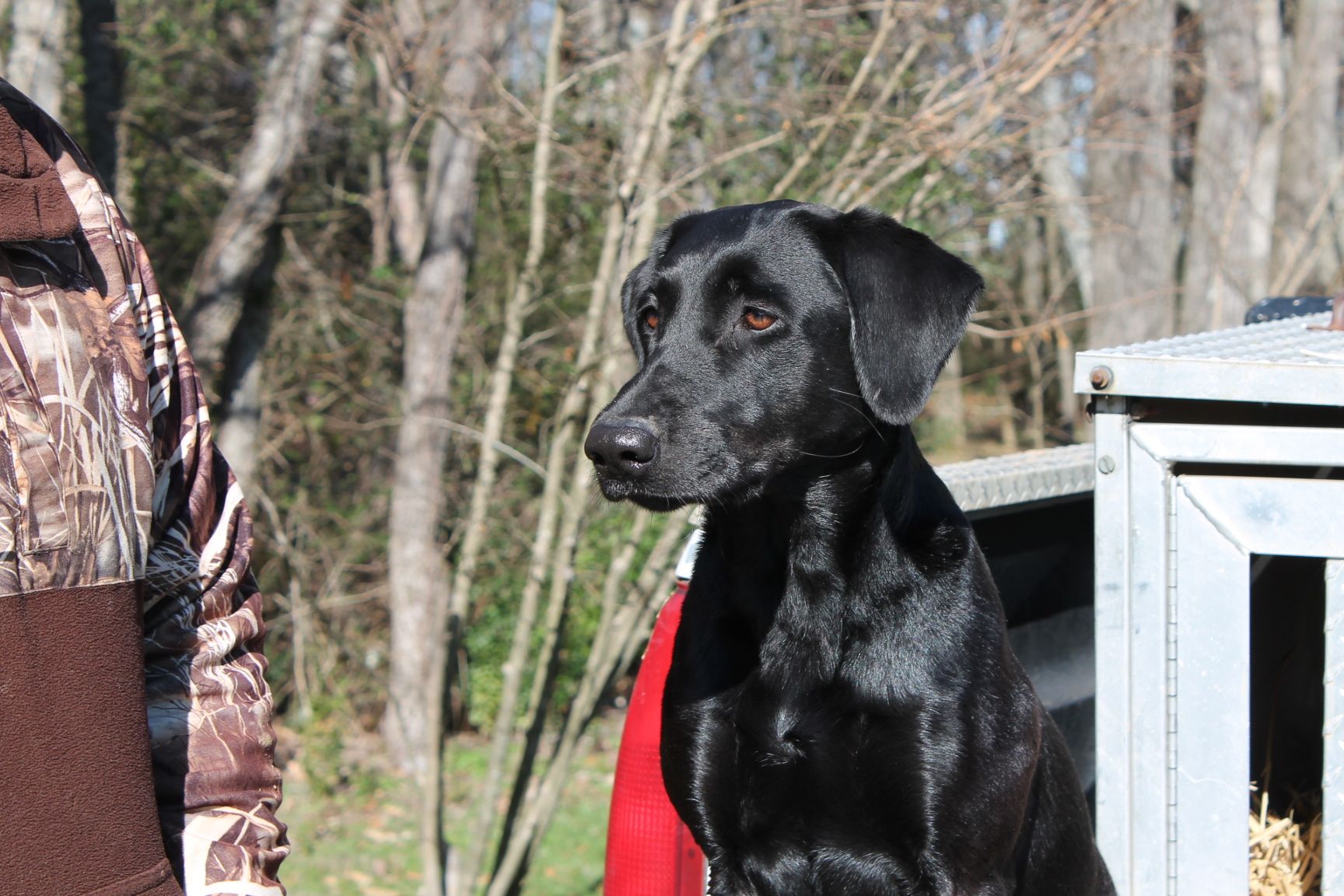