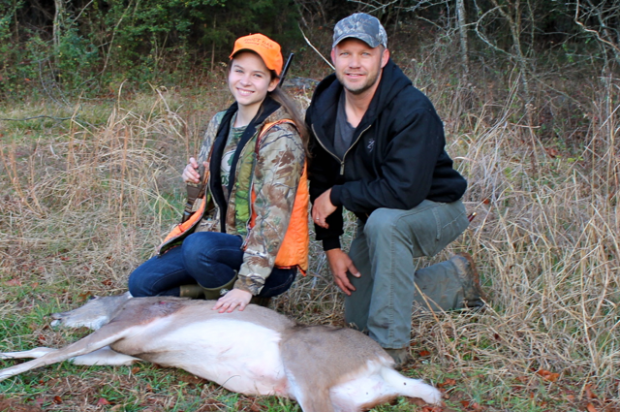 A hunter’s first deer is special.  I recall with great clarity the first deer I killed…all the details of the hunt – the bright clear morning, my cold numb hands, the sound of the deer in the leaves, the crack of the rifle, following the blood trail, celebrating with my dad and brothers and the long drag back to the Jeep.

I had the privilege of hunting with our friend Amy and her brother when she took her first deer.  Here is her story, in her own words.

I had already spent two afternoons in the deer stand; both times I had ridden home in the dark with nothing.  This time we were trying a morning hunt.  I woke up at 4:30 with a goal.  Dressed in orange, covered with scent-covering spray, we headed into the field around 6:00.  We settled into the stand, trying not to make a noise.  There were bees buzzing in the hollow wall of the shooting house.  Is that something you usually remember?  A coyote ran by and kept on running until it reached the tree line across the field.  I hoped that wasn’t going to be the only animal we saw that morning.

Peter saw it first.  A doe stepped out of the trees and then back in.  Our eyes scanned the tree line until she stepped out, this time with four others.  She knew we were there.  Peter raised the gun slowly, inch by inch, pointed it out the window and handed it to me.  As the stock touched my shoulder, the doe headed back for the woods.  It turned to check on us once more.  Peter whispered something.  The other deer were walking around.  I was focused on the spot behind her shoulder.  Everything else was blur and background noise.  I held my breath, steadied my hands, and shot. 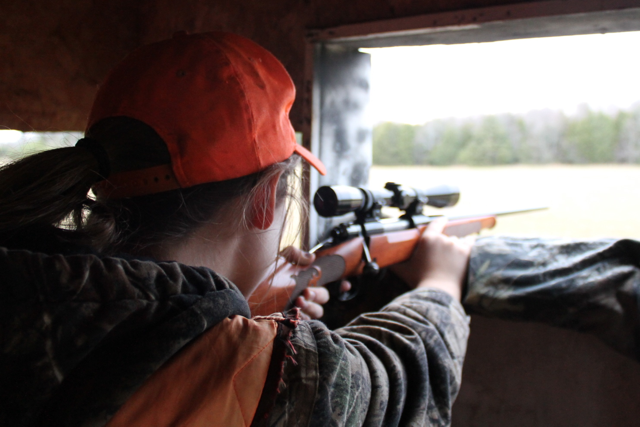 The deer kicked her hind legs into the air and dashed into the shadow of the woods, followed by the others.  My hands began to shake.  The world around me came back into focus.  Peter said again and again, “You got it!”  I was trying to figure out what happened.  The deer’s back legs had flown in the air as if I had hit them.  He had to say it more than once before I understood: he knew the doe was dead because she had “mule kicked” before she ran.  He said that was a sure sign of a good lung shot.  I didn’t let myself believe it until I saw the blood on the leaves, a trail leading into the woods. 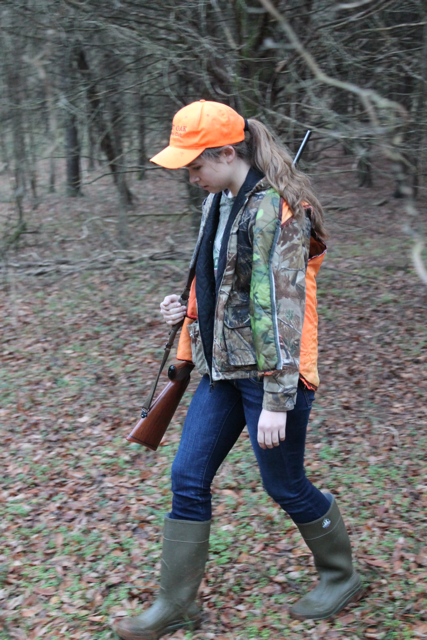 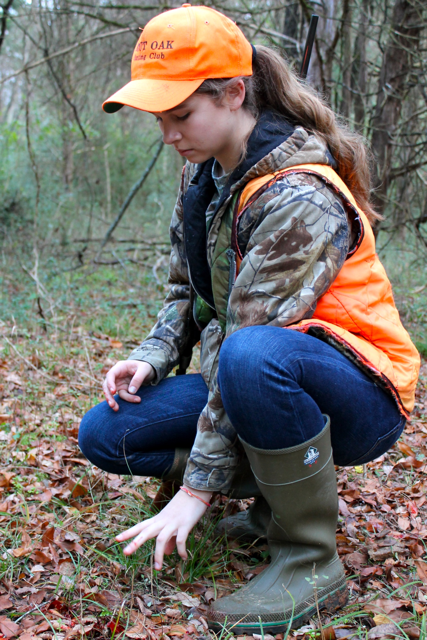 We tracked the blood foot by foot until we saw the doe lying between the trees only 20 yards away.  Afterwards, Peter told me that he shot his first deer when he was my age, with the same gun that I had used.  There’s nothing more thrilling than walking up to a deer, your deer, knowing that your patience, focus and determination have paid off. 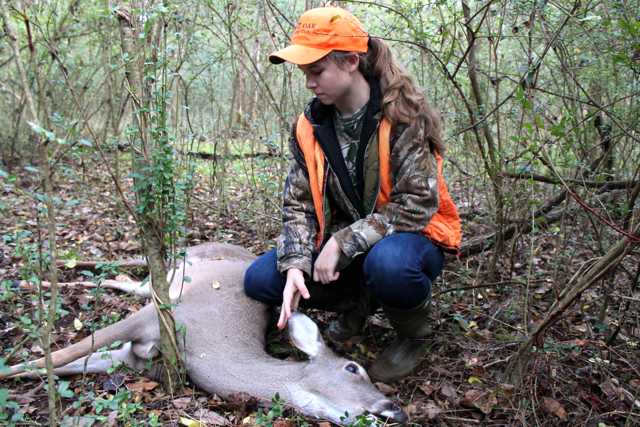 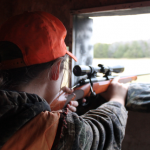 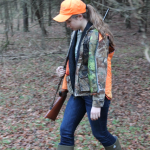 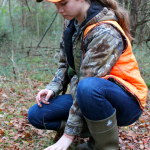 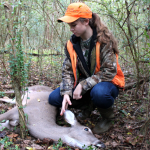 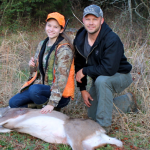 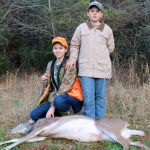 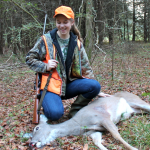 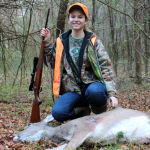 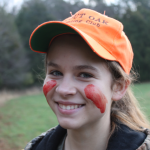