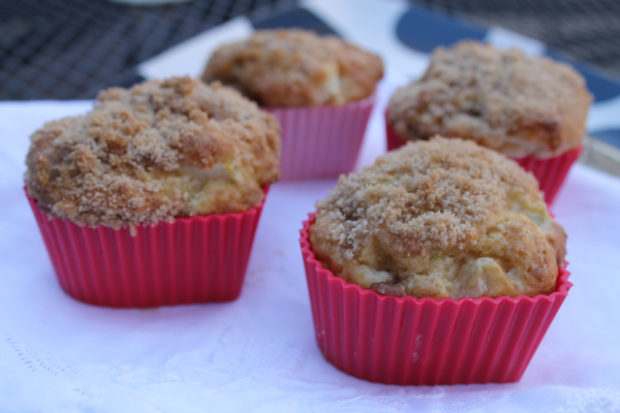 This week we made these special little muffins for a few people we love.  Valentine – you are the ‘apple’ of my eye!  But there isn’t a reason in the world why you shouldn’t make these muffins for the people that you love today! 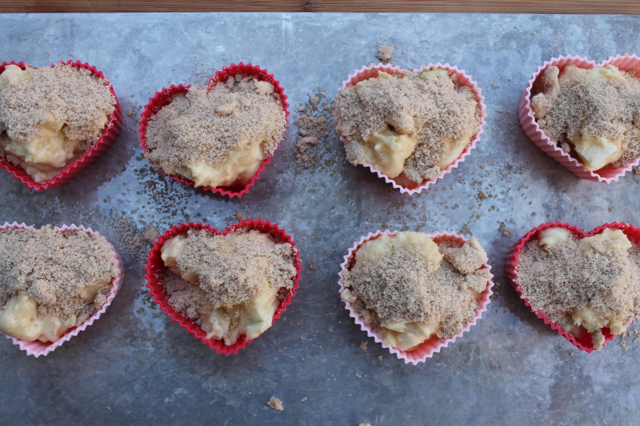 Simple, on-hand ingredients make these fun and fast to put together.  The crumb topping really sets these apart and if you leave the peel on your apples you can claim a little fruit serving as well.   Perfect for breakfast or a snack and even sweet enough for dessert, you might start making these every week! 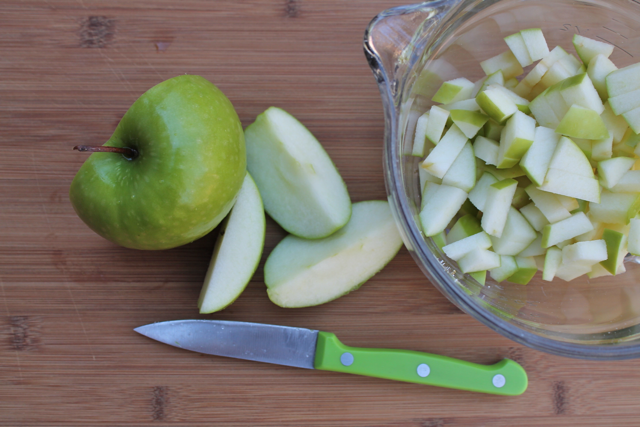 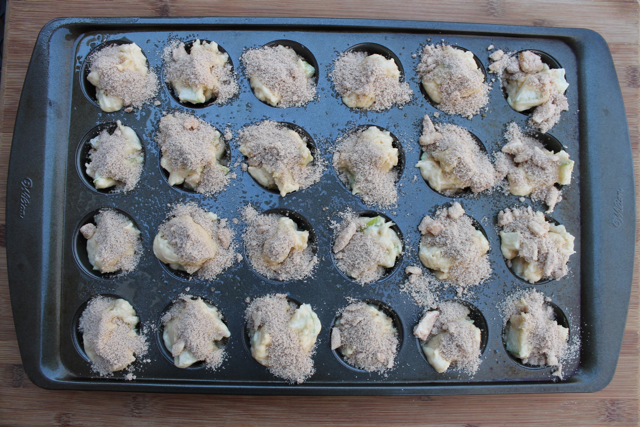 What to do: Mix together sour cream, sugar, eggs and vanilla by hand. Next combine flour, baking powder, baking soda and salt. Stir dry ingredients into wet until just combined. Add apples to batter and stir until distributed. Fill greased muffin tins 2/3 full. Mix together ingredients for topping and cut in butter. Sprinkle topping over all muffins and bake at 375 degrees for 20 minutes.  Makes 18 regular sized muffins.

Tip: The original recipe called for peeling the apples, using more sugar and less cinnamon. We made a few little tweaks and I think you’ll be perfectly pleased! 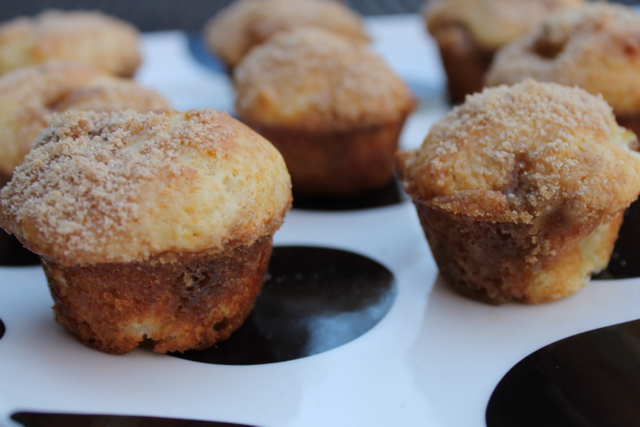